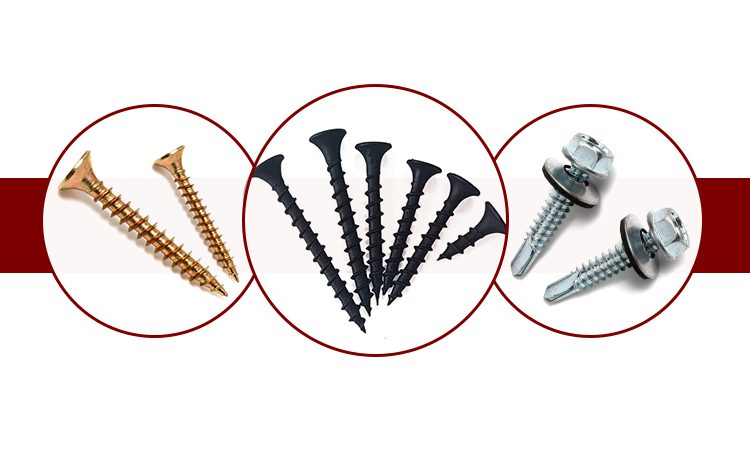 Small screws are intertwined with our lives. Some might deny it, but we use items that contain screws every day. From tiny screws on smartphones to fasteners on airplanes and ships, we enjoy the convenience that screws bring us all the time. Then, it is necessary for us to understand the ins and outs of screw development.

Screws are the product of industrial society. It is difficult to trace the invention of the first screw today, but at least in 15th century Europe, metal screws were used as fasteners. However, under the circumstances at the time, the manufacturing process of screws was very complicated and the cost was high, so screws were very rare and not widely used.

At the end of the 18th century, great progress was made in the production and application of screws. In 1770, instrument maker Jesse Ramsden invented the first screw-cutting lathe, which inspired the invention of the screw machine. In 1797, Maudsley invented the all-metal precision screw lathe. The following year, Wilkinson invented a nut and bolt making machine. At this time, screws were quite popular as fixing means, because an inexpensive method of production had been found.

In the 20th century, different types of screw heads appeared. In 1908, the square head Robertson screw was favored for its non-slip qualities during installation. In 1936, the Phillips head screw was invented and patented, which is more durable and tighter than the Robertson screw.

After the 21st century, the types of screws are more diverse and the applications are more refined. Different usage scenarios, such as houses, cars, bridges, etc., and different materials such as metal, wood, gypsum board, etc., will use different screws. The process of heat treatment and surface treatment of screws is also constantly improving.

If you need screws or customized fasteners, we have what you’re looking for. Tianjin Lituo Hardware has 20 years of experience in fastener manufacturing and sales, and we will provide you with satisfactory service.