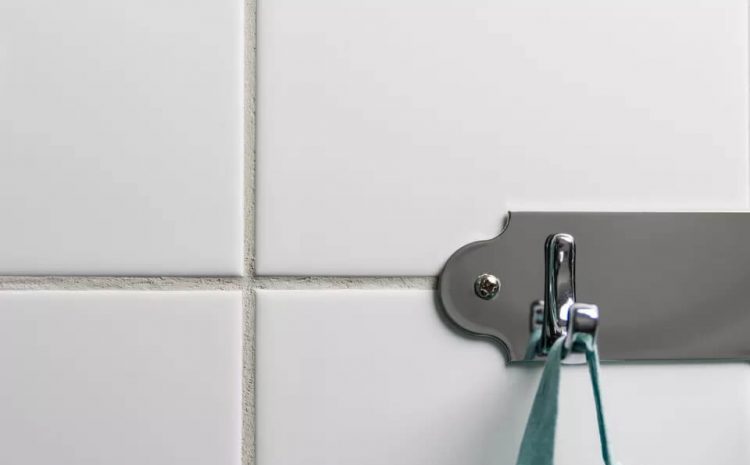 One reason is that tile walls can be thicker than drywall. The more layers you add to the equation, the less reliable the stud finder’s results will be. Another reason is that ceramic or porcelain tile often has different substrate materials than an ordinary drywall stud wall: cement board (such as Durock or HardieBacker), various fasteners, layers of thinset (mortar), and possibly even metal studs.

But there are ways to find a stud behind tile walls, and all but one of these methods are non-invasive.

For finding a stud behind drywall, a UWB scanner is expensive overkill. But for thick, dense, or otherwise problematic materials like dry or wet concrete, floor heating ducts, or metal, UWB scanners are indispensable. UWB scanners are unlike any other stud finder that you have used. Instead of searching for metallic fasteners, UWB scanners use radar technology. In fact, UWB scanners are such a big deal that, at various times since their introduction, the Federal Communications Commission (FCC) has required that operators register their devices with the FCC.

If you can borrow, buy, or rent a UWB scanner, it is the most accurate method of finding a stud behind a tile wall. If any tool can be considered a stud finder for ceramic tile, it would be a UWB. Unfortunately, for most do-it-yourselfers, a UWB scanner is likely too costly and too complicated a tool for a minor project such as this.

Complicated name aside, a dielectric constant (DC) stud finder is a kind that you may already have on hand. This is the type of stud finder that you slide across a wall until a red light signals that there is a solid mass such as a wooden stud behind the covering surface.

Find the Stud With Intuition and Detective Work

Wall studs tend to be spaced every sixteen inches on-center. On-center is a building term that means that you should measure from the center of one stud to the center of the next stud.

Start from the corner of the shower, measure off sixteen inches, and mark that end point. You have a rough idea of where a stud is located now. The reason why this measurement is rough is that it’s difficult to know exactly where the center of that corner stud is. One method of fine-tuning your sixteen inches measurement is by drilling tiny investigative pilot holes.

With drywall, it is not uncommon to drill a number of small holes or use a thin finish nail to explore various areas before you hit a stud. Drywall covers up easily enough with a quick smear of Spackle or joint compound, followed by a touch of paint.

But with tile, you cannot drill through the tile itself. The solution is to drill pilot holes through the tile grout, not the tile face. Use small bits to start with. After you have drilled the hole, use something thin, like a finish nail, to insert in the hole to feel whether there is a stud back there. You may have to drill several holes to locate the stud. After you have located the stud, mark its position with a tag of painter’s tape on the tile. Cover up the holes up with grout.

Magnetic stud finders are highly effective at finding studs behind drywall but far less effective at finding anything under the many layers of tile and tile substrate. You may be able to detect a fastener, but only if you go slowly and are patient and if the substrate is unusually thin. This is a possibility since tile thinset often fails to extrude through the tiler’s float at a uniform thickness.

Alternative—Attach Item to the Tile Face

The chief reason you might attach an item directly to the stud is if you are mounting a grab bar or other assistive device. But if you are installing a soap dish or other light-weight item, there is no need to drill holes or find studs; these items are installed on the tile surface with epoxy.